I have received lots of feedback in the last few months, and I think the insight is awesome. I will address the feedback, and foreshadow the plan I have for the future.

Terrancraft’s traffic and number of followers have increased notably in the last few months, and I think this is mainly down to more people sharing the content around. Thanks!

Just to clarify for the relatively new readers, I usually address feedback I received and discuss the upcoming plans I have for the site once a year. Also, I have binned my other drafts on patch 3.8, because Blizzard have come up with new changes every few days (6 Dec and 3 Dec). We are now talking about patch 3.9 already, so I thought this may be the right time to make a feedback post.

Any content producer wants his/her audience to be engaged, and the conversation plays an important role in improvement. Many of the things you see on this site now are based on previous feedback from the readers.

There are several common themes to the feedback I have received across the various platforms (e.g., Facebook, Twitter and Email). Before I get into that, I must give a special mention to Michael, who wrote me an email that is more than 800 words long on how I can improve on several things. The points brought up are very thoughtful.

There are two broad common themes from the collective feedback.

One of the main things that readers like what I do is how I always provide evidence using different games played by professional players to support my arguments. I like to find a nice fit between my theoretical thinking and the data, and it is how science works in general anyway. Often, I am referring to a specific part of a vod I linked to make my point, and the rest of the vod is not exactly relevant to the discussed topic. I was told that some kept watching the whole vod and they forgot about the point I wanted to get across in the first place. There are two takeaways from this. One is the asymmetry of understanding between the writer and the reader, and this is something that can be improved through better communication on my end. The other is to use timestamp as much as possible for the video (I will do that whenever it’s applicable), and I should use screenshot instead if that is good enough to present the information (something I have added to the recent posts).

There is specific feedback on the video support issue, and that is to crop and re-upload the video myself. It actually makes sense as this can better capture the moment of the vod where I am referring to in my text. However, I am not sure about the copyright issue regarding that, please let me know how this works if you’ve the knowledge. Also, if I don’t re-upload the cropped version on youtube, I will have to upload the cropped video content on this site itself. It appears that I need to upgrade my plan to get this video uploading feature (see image below). 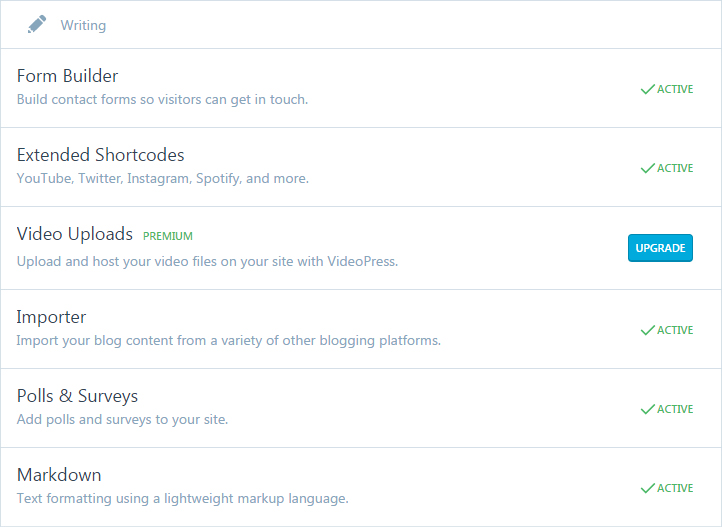 This has actually been brought up more than two years ago. The fundamental motivation of this site has not changed (and probably never will), and that is, I write to organise my thinking for my learning. This does not mean that I cannot write for others, but I don’t see myself as a good enough player to really give explicit advice to others. However, this site has been linked and cited more and more often in different platforms whenever someone asked for help and guide on certain issues this year. I am starting to change my mind, as I can have a good balance of continuing what I am doing and making content for newer players.

Recently, there were more beginner help threads than I would have expected given that 2016 is probably not the most optimistic year for Starcraft. I can contribute by breaking down seemingly overwhelming content into bits that can be understood systematically (e.g., understanding building blocks). In fact, I have received emails about how the content I produce is very different from other guides, as mine is not only limited to build specific articles. I have been writing more generalisable contents like, the convergent points concept and the offender versus defender concept. I think this is a good angle to help newer players, and this leads to my upcoming plan.

I will expand my content to occasionally cover things that may be helpful for newer players. The idea is not to come up with another typical bronze to master series, but it is to explain certain concepts from my perspective. Bronze to master series you found on youtube generally focus on the what and how, while I will focus on the what and why. I also don’t believe in the hierarchical way of thinking about league placement, so I will not angle in a “you need to know this then that” manner. More specifically, I will cover some concepts that you may have already heard about, like macro and micro, and I will explain it through the mindset of a newer player. I will not be saying things like, “at this level, you only need to focus on macro”. That is not fun for a new player, and it may even push one away from the game.

I actually can empathise with many difficulties that new players face, and how unhelpful they find the comments they receive when they ask for help (e.g., just macro better). I started with bronze and stayed there for a long time. Then I got stuck in gold for an even longer time. For the last few months, I have been playing Overwatch, and it reminded me a lot of the newbie Starcraft days. Since I have a very different mindset in Overwatch, whereby I don’t give a shit about what pros do, I approach the game differently to how I do in Starcraft. I just want to enjoy the game, and improve at my casual rate (I am a bronze hero). I can still appreciate how top players play by watching some vods, but I am still rather self-focused (by that I don’t mean I hanjo 24/7, as I always fill the roles by playing Reinhardt, Lucio and Zenyatta as my mains). This mindset may resonate with many newer players or even “lower league” players in Starcraft, so I believe I may be able to bridge that gap a little.

I must stress that it does not affect my usual metagame and builds analyses, because these “newer player” posts will not come in chunks. My plan is to use these posts to fill the “slow period” whereby there is nothing interesting to write about in the metagame. Or times like now when it is difficult to do research as the changes come out too quickly.

I will create a page that documents these posts, and the preliminary content looks something like this. Let me know if there are topics that I should cover.

I will make changes as time goes by based on further feedback. Anyway, I have difficulty in giving this “series” a name, so you comment below to give me ideas.

You may have noticed that there is a PayPal button on the right. The contribution is mainly spent on maintaining the site. It is “mainly”, because I spent some of it on the readers. For example, I did a small announcer lucky draw for Blizzcon match prediction recently. I also avoid using the word “donation”, as I don’t want to mislead anyone that it is for charitable cause or anything like that. It is what it says it is, no trick.

I must say some of you are very generous, and I am very thankful for that. It really made a difference. I am considering to upgrade the plan for content improvement. Like I have mentioned above, my current plan limits what I can do. The upgraded plan also allows me to make other changes to improve design and readability, which is something that I have paid extra attention to. You can have a look at how this site looked in the past, and compare that to the current design. I changed the colour contrast to be more consistent with other sites that Starcraft players visit, so that it is easier on the eyes. The width of the site was later widened to fit the typical 1920×1080 resolution screen that most Starcraft players use. I also did some research on typography in order to pick the appropriate font, and that explains why I pick a san serif for headings and a serif for main text.

Anyway, again, thanks for the generous contribution. Let me know what you think about the new plan.

4 thoughts on “Feedback and Upcoming Plan”