I travelled to Singapore Expo to meet some of the best Starcraft players in the world at IEM Singapore. Autographs and more!

This is my maiden major eSports event. I had the opportunity to take photographs at a very close distance. The players feel so much more “human” than they are presented on stream.

I bought many autograph boards for this event.

I tried not to disturb them as much as possible, but oh man, starstruck! I asked for autograph when the players left the player area. Effort and Curious rejected me because  they were actually rushing back from washroom for the next match. That’s fine. I shall try again tomorrow.

I feel sorry for Avenge. When I saw both DRG and Avenge went to the washroom, I took out my autograph board to get ready for them to return (wait at entrance of player area). I took a photo with DRG and his autograph, while Avenge was waiting for him at the side. Avenge then said something in Korean, and DRG laughed. I guessed he must be saying along the line that DRG has fans but not him. It is not that I didn’t want Avenge’s autograph, but it took me sometime to keep DRG’s autograph board. I will get Avenge autograph when I see him again.

Sadly, I didn’t get the chance to meet Nestea. TargA and Kaelaris said that he was quite disappointed after the early elimination, so he left very early. Hopefully I get to meet him in the next two days.

Happy was practicing the whole day. He was still practicing after almost everyone left the player area.

When I saw Bomber,

Bomber: Everyone tells me not to retire. Haha.

Me: Win this. Kill all the Protoss!

I think I just contributed to the Terran community. 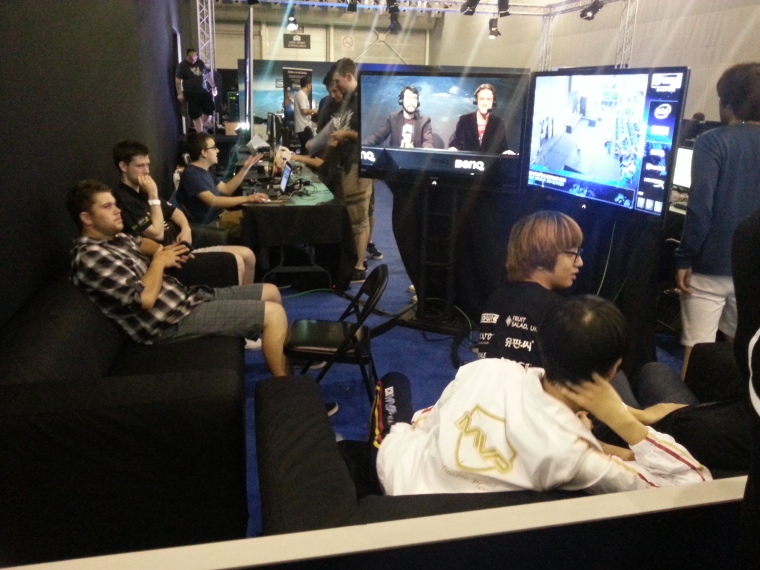 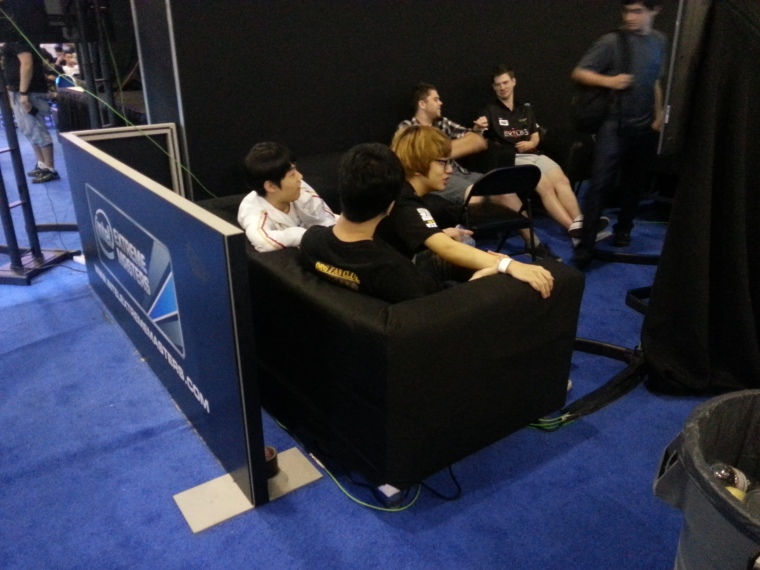 Dong Rae Gu and me

I sneaked to the side of the booth 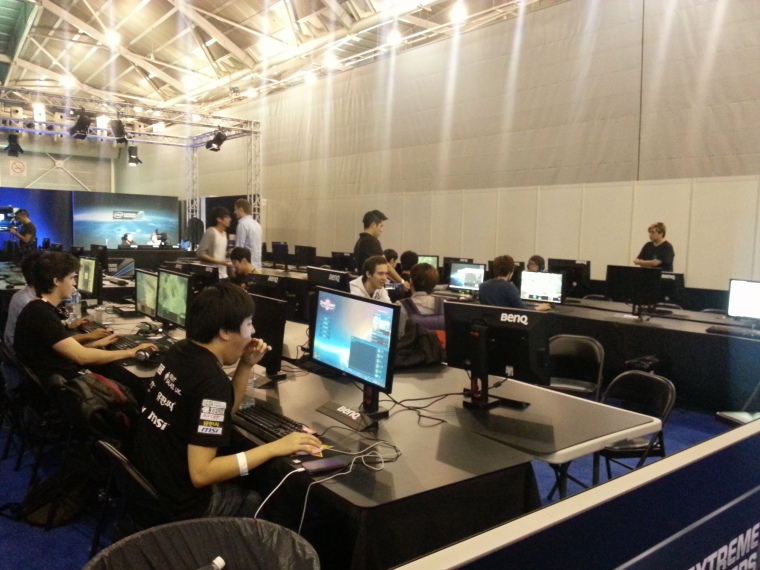 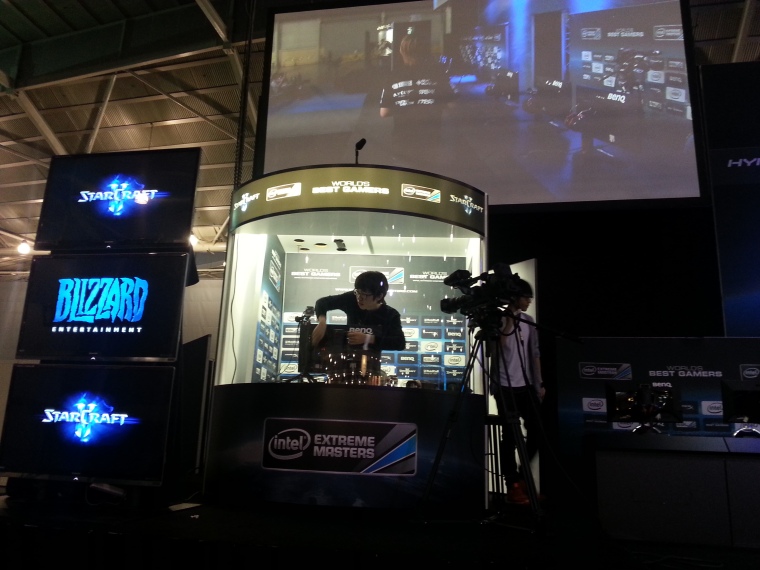 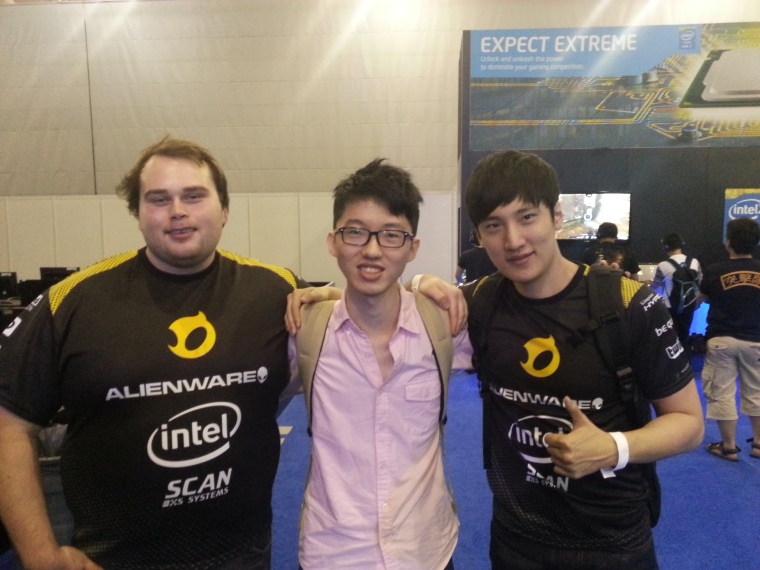 TargA, SeleCT and me 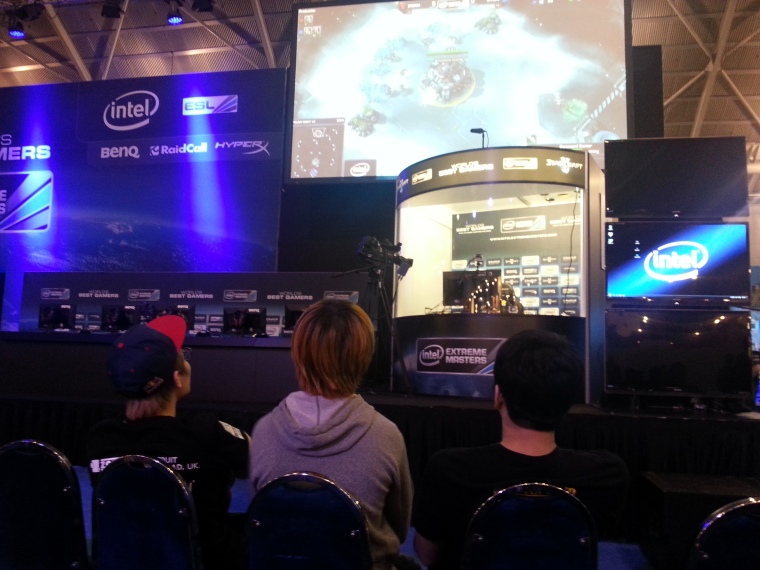 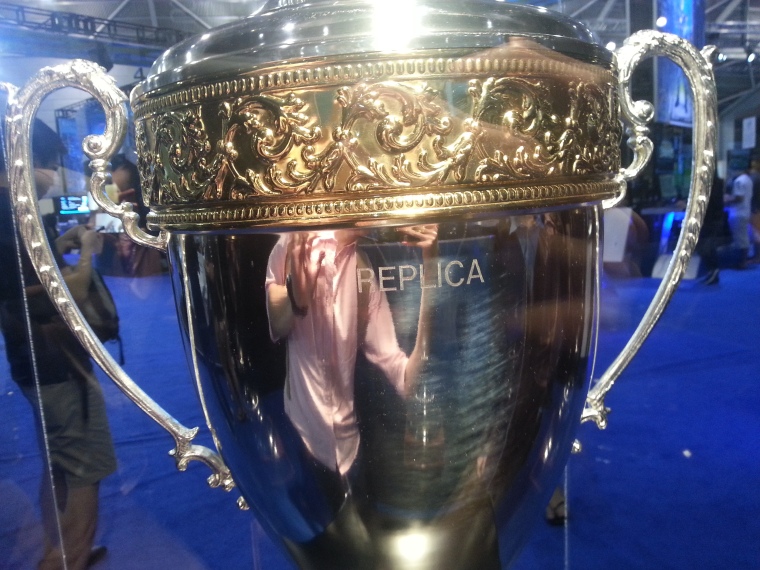 And it is a replica (back of trophy) 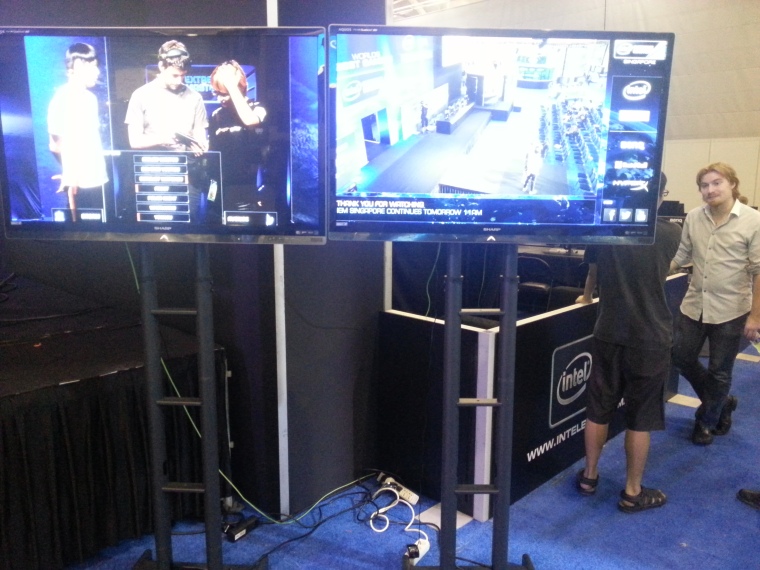 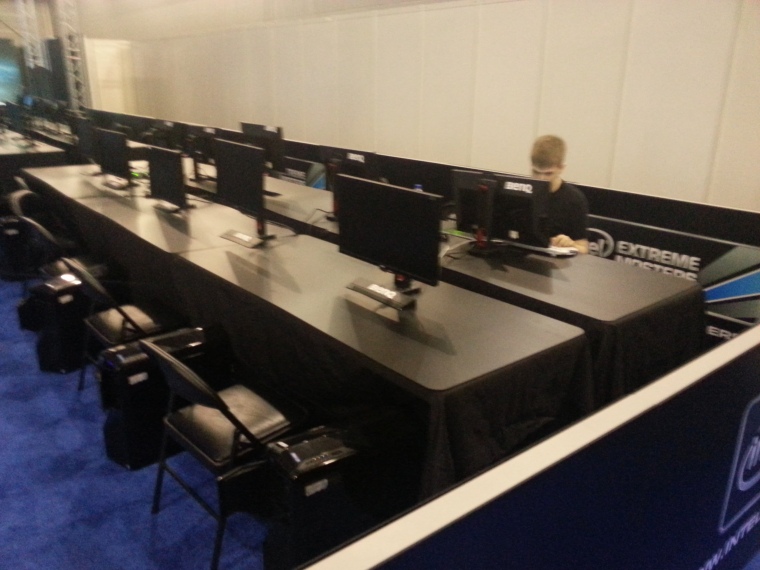 Happy is still practicing after everyone left