I have been catching up with the GSL vods recently (I’m having holiday with my girlfriend), and the build that Bunny used to defeat Life caught my attention.

When you can afford – 2x Refinery, 2x Engineering Bay and 2x Barracks (4th and 5th)
After you have put down these structures – two Medivac

For more advance players who know the general build orders and how the structures are usually lined up, the above notation may not be the cleanest way to remember the build. The build order is basically,

Therefore, from now on, if possible, I will add “simplified build sequence” as a way to highlight the key parts of the build order. If you are familiar with the building blocks, it is actually easier to remember.

Let me know what you think about this addition.

I have seen this Reactor Hellion and Reactor Liberator build on ForGG’s stream before, and it has been discussed on various forums. While the core idea is not exactly new, I find this transition into a drop effective. More importantly, the execution of the build is rather flexible.

There are several planned attacking phases in the game.

You should be attacking when the two Liberators are out. In the vod, Bunny made only four Hellions and the Factory was idling before he started bio transition. Subsequently, Bunny executed a two-pronged attack with the Liberators sieged up at the main base mineral line, while the four Hellions run by at the third base mineral line. The attack was actually poorly executed, but you can tell what his intention was.

In my opinion, it is possible to make six Hellions and the build should still line up decently. The fourth pair of Hellions is likely to delay the Marine production which is required for the subsequent drop attack in phase 2, so six Hellions should be the optimal number. On top of simply having two more Hellions for the attack, it gives you an option to just attack the front with two Liberators and six Hellions instead of doing a two-pronged attack.

The second attacking phase is the two Medivacs drop Stim.

Stim is completed by the time the Marines get unloaded. As you can tell from the above printscreen, +1/+1 upgrades are almost completed when the drop landed. This timing attack is very powerful as it hits before Zerg have Mutalisk. Despite such early bio drop can be effective, it is rather uncommon. This is because it is not effective if Zerg are prepared and have Zerglings waiting at the unloading area. The same weakness can be applied to Hellions drop. Therefore, early bio drop is usually lined up with a Viking opening, as it helps to keep the Zerg player in the blind about the drop by killing Overlords and forcing Zerg to move Overlords into safer locations. Although this opening does not have a Viking, the Liberator does have a comparable impact of forcing Zerg to move the Overlords. Of course, sometimes it is a matter of whether the Medivacs fly into the vision of the Overlords and get spotted by the Zerg player (you can call it luck).

The third phase can be considered a typical TvZ movement phase rather than a planned attack. When you have enough units to go with the second pair of Medivac (constant production), you should be active with these units. You can move out to clear creep or attack whatever that is reasonable. In the vod, Bunny attacked Life’s fourth base because it is vulnerable. This looks more effective than it should be because of the earlier drop forces Life’s units and attention to be in his main base. 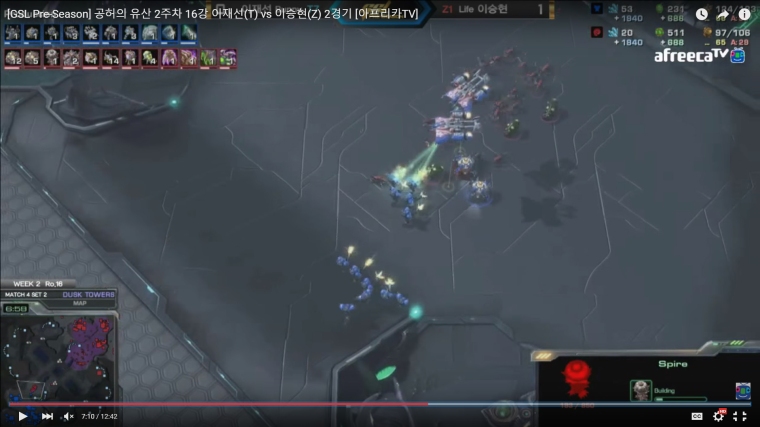 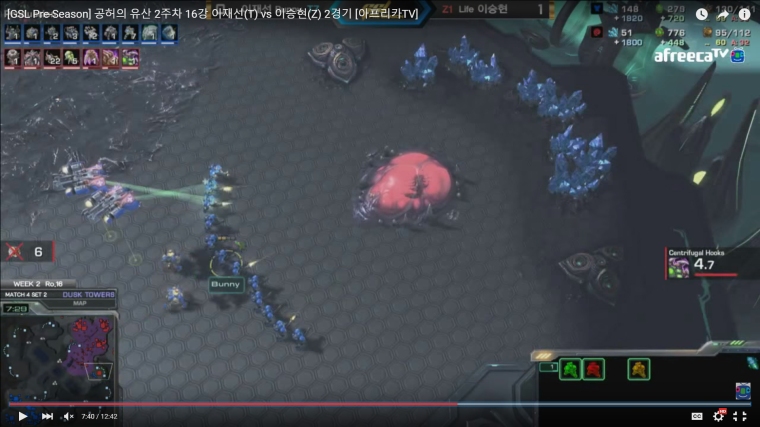 This build requires good multi-tasking ability, and some practice. Anyway, I recommend you to add this into your build arsenal, as it is not that far off from any of the standard TvZ builds out there. Most importantly, the uncommon attacking timing and sequence can catch Zerg off guard, and this can easily snowball to follow up attacks as you can see from the vod.