This is an all-rounded build that works well against all-ins and macro play.

I developed this build, and I found out that Polt has been using the same build. Geniuses.

But I know no one cares if I replace “Polt’s” with “My” on the title. Joke aside, it is nice to see progamers have the similar train of thoughts and build adjustments.

Clearly there are many others, but these are the more common ones. Given how effective Roach and Ravager are on certain maps and against certain builds, a Roach timing is very common. The main difference is how committed the Zerg is (I’m trying to simplify it). Therefore, the metagame builds of Terran should consider how they interact with various Roach timings.

There have been many discussion threads on various forums about playing against Roach and Ravager. The answers are generally “all-out” defensive builds against the all-ins. While these builds work out decently well if Zerg commits, they are overall inferior against macro Zerg builds. The logic is simple, and it underpins how Starcraft generally play out in the early to mid game stage.

It is a rock paper scissor game. If you go all-out defensive blindly, Zerg will get ahead by being economical. Thus, I am no fan of those commonly mentioned defensive builds, and this leads to my development of this build.

My development of the build

Learning from Heart of the Swarm

This is based on the build that I used in Heart of the Swarm when I scouted Zerg is still mining gas after 100 gas, which signal a likely all-in. I usually open with single Reaper expand, and the timing to scout whether Zerg is still mining gas is before the completion of Factory. Thus, when I know that there is a likely all-in, I just keep making Marines with the Reactor Barracks, and build Tech Lab on the Factory and get a second Refinery. Subsequently, I just build a Bunker or two, and make two Tanks. This should be more than enough to hold the all-in. When the second Tank has started production, I put down a Starport (and the third Command Centre when I have 400 mineral). I swap the Starport on the Tech Lab for Cloaked Banshee after the second Tank. Banshee itself is good against all-in, but more importantly, it allows me to counter attack. Zerg usually have fewer Queens when they do all-in, so Cloaked Banshee is effective.

As you can see, this Heart of the Swarm reaction build is very similar to the build I am discussing in terms of breaking away from the usual Reactor Hellion convergent point in the match up. In Heart of the Swarm, Reactor Hellion is bad against all-in, unless it is a Zergling and Baneling only all-in. Further, the key value of the Hellions comes from its scouting and map control utility, but these are not the priorities when you already know Zerg is going to all-in. Thus, Tank is a better choice against all-in.

I have explained why I went straight into Tank production in the last section, but there is more depth than that. You can make a Tank just to be safe, and then switch back to Reactor Hellion production. This leads to an interesting question: are Reactor Hellions still considered staple now? Rather than saying no, I will say they are definitely “less staple” now than what they are in Heart of the Swarm. Hellions definitely still have a place in the match up, but they are relatively less effective when Roaches get more common in the early game. It comes to a point that I challenge myself to think out of the box and not get Reactor Hellions, and come up with a solid all-rounded build that is not overly passive. Don’t get me wrong though, Reactor Hellions definitely still have a place in the match up because the standard Zergling oriented early game is still very common.

The decision to whether go for Reactor Hellions is pretty much down to scouting. If you know Roaches are coming, then you may want to skip Hellions. One thing for sure is that, critical damage is almost certain if opponent does a Roach timing and you go for a standard Reactor Hellions. You have to rely solely on Starport to defend against early two base Roach and Ravager if you make Reactor Hellions. The Marines from the Reactor Barracks actually do a much better job in defending than Hellions, and it is one of the strengths of this build. The vod below shows how helpless the Hellions are against early Roach and Ravager.

All in all, while this may not be the default build order, it is still something to keep in the build arsenal as a reaction build against Roaches.

Banshee is a good option for map control and scouting, albeit it comes out later than Hellions. Further, if you tech straight to Banshee, Hellions actually fit the production nicely. The problem with the production of Tank and Banshee is that the Starport is half complete when the Tech Lab is complete. Consequently, the Tank is half complete when the Starport is complete. Thus, the swapping of Starport onto the Tech Lab is not that well lined up. Unless you build a Tech Lab instead of Reactor with the Barracks, you cannot really get around this problem. 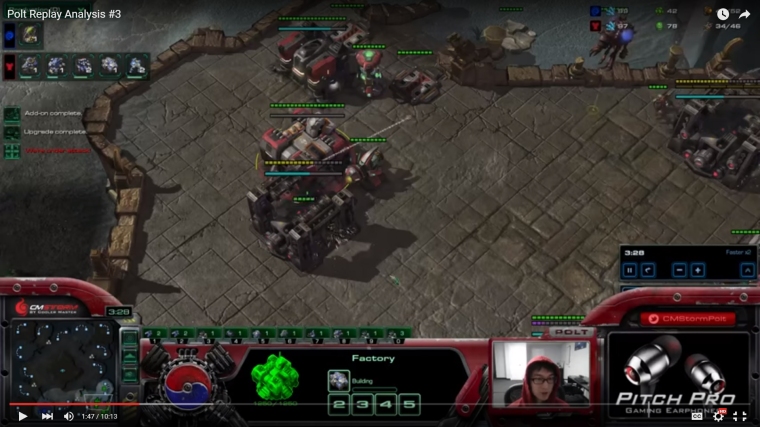 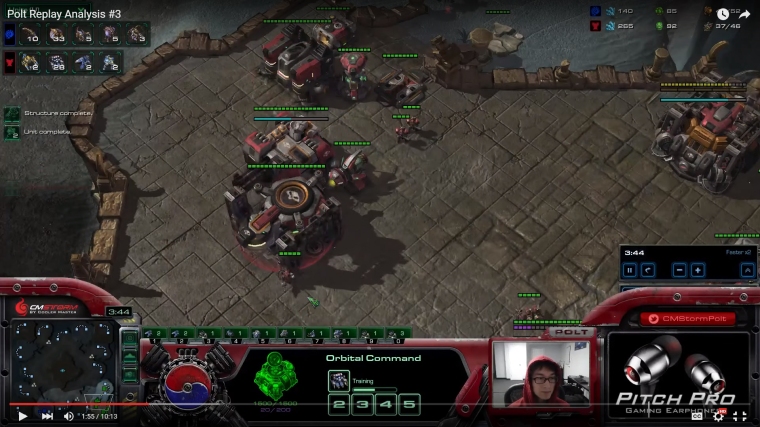 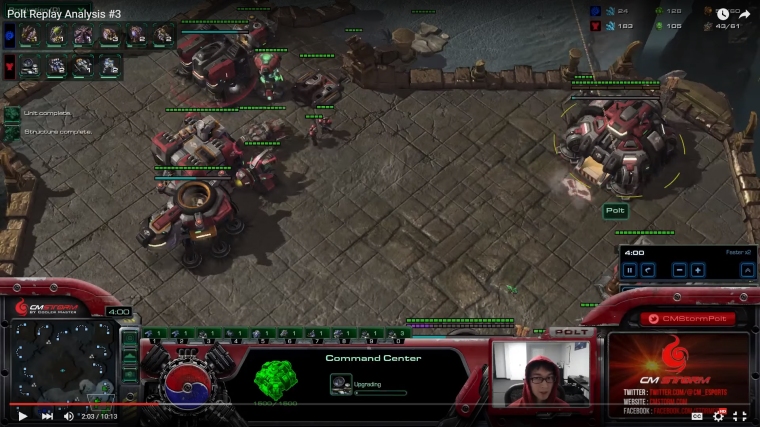 I chose to produce a Viking. The map control and Overlord hunting utilities balance off the lack of map and creep control early on with Hellions. You can use a Liberator to hunt Overlord instead (and it gives you better offensive and defensive potential), but the resource does not line up for subsequent Cloaked Banshee production.

This is a safe all-rounded build against Zerg. The Marine, Tank and Banshee should keep you safe from Roach and Ravager. This build works better than other all-out defensive build, because it allows a smoother and quicker bio transition with decent map control.

Hellions will still have a place in the match up. I am just experimenting.

Watch Polt’s analysis video I put on top for his reasoning of this build.