2013 Season 2 WCS Korea RO32 grouping was announced. Along with it was the format changes in the upcoming season.

These changes are unexpected.

Here are the changes:

As most are aware that GomTV and OnGameNet are taking turns to organize WCS Korea. The upcoming season will be organized by OnGameNet under the brand name OSL. Nevertheless, it is still one of the three regional WCS tournaments. Thus, it gets me wondering if these changes are implemented by Blizzard or OnGameNet. If it is by Blizzard, which is unlikely, then I will expect other regions to adapt the same changes. However, if these changes are decided by OnGameNet (with Blizzard’s agreement, I suppose), why do they do that?

I know there’s been a lot of talk about this. Let me just address a few points.

In general As many are pointing out, we are keeping true to the past OSL formats. There are arguments for uniformity as now we are in the era of WCS, and this is duly noted. We, and I am sure other parties as well, will be monitoring things this year to see what to conform and why.

However, for the time being, the situation has allowed us to keep our character, and as we venture into the new WCS with excitement, we’re very thankful we can keep that. It may not be for everyone, and it may not be a good fit for SC2 or be changed in the future, but we want to see how it works out before jumping to changes.

GomTV has been successful with their formula for the GSL, and all the props to them for that. I just hope OGN will also be given a chance to stick to what we’ve done successfully before finalizing any modifications (and hopefully improvements).

We hope you understand and appreciate your patience.

Regarding the Ro32: Yes, we understand the concerns. I do not think bo1’s have no benefits, but your concerns are valid. I will admit though, currently we are not putting much time or effort into changing it immediately. This is because, even if we wanted to, the logistics are not feasible for this season. I’m not guaranteeing that it will change in the future, just want to admit that right now given the feasibility of things, we aren’t focusing on changing the content, but how to better present that content. Throughout all this, we will definitely be monitoring all aspects, and I think it’s safe to say that all the parties involved in the WCS will see vast improvement over the year/next year.

Thanks for chiming in. We’re listening, you can trust me on that one.

Based on the above statement, the changes are based on OSL tradition. On one hand, Broodwar enthusiasts would welcome to idea of staying true to OSL, while on the other hand, others would prefer more standardization. It is unclear if these changes would make WCS better. But there is one thing that is clear, and that is the politics between the two Korea eSports giants have escalated to another level. It seems to me that OGN want to make a stand that they are not in the shadow of GomTV and are not afraid to wield their power.

Politics aside, which format is objectively better? I believe there are four key factors that determine this.

The minimum number of games played

Why is this important? The fans want to watch more games from their favorite players. I will be upset if INnoVation lost two games and get eliminated in RO32. Sure, you can argue that if the player is not good enough, then he should be eliminated. This leads to the next factor.

The fundamental reason of having more games played between players is to objectively determine the better player. In general, the better player will prevail when more games are played. It is not just about the possibility that a better player gets knocked out by a worse off player  in a one game cheese. There are other factors such as map and spawning point that might play a big part in the result. Let say, there are two players of perfectly equal skill level. They play on a map which is chosen randomly and is in favor of one player. The result will likely be down to map variance and not skill variance. By playing more games on different maps, the effects of map variance can be more easily partial out. Furthermore, map veto can help to ensure that the maps played are as fair as possible. Thus, based on map veto and RO32 format, again I will prefer GSL format to OSL format.

Interestingly, in the RO16, OSL uses round robin which requires each participant to play against everyone in the group. This is as “fair” as it can practically be. I must point out that GSL group double elimination has its limitation in determining the second best player in the group. Let’s use last season’s RO16 group B or the so called group of death with INnoVation, PartinG, Life and Flash as an example.

If you were to evaluate the results objectively, INnoVation was the strongest and Flash was the weakest in the group. However, it is less clear for Life and PartinG. Both have won each other in a BO3, and hence, it is unfair to say PartinG is objectively better although he advanced. PartinG was ranked better than Life in the group because PartinG did not face INnoVation, while Life did not face Flash. Let say PartinG won Life in the first BO3 between them, and the rest of the results remain the same until the very last BO3 of the group. It will look something like this.

I simply keep the ranking of INnoVation and Flash the same based on the results. But I change the order of the result between the two BO3 between Life and PartinG. In this case, Life would have advanced instead of PartinG. Thus, the player who won the first game has huge advantage against someone who has a 50% win rate with him. The system simply rewards you for winning the first BO3.

In contrast, the weight of each set is the same for round robin. Using the above example, this is the possible results:

Objectively, INnoVation takes first place and advance while Flash gets knocked  out. The difference between Life and PartinG will be down to the result of their match. The winner between the two can be objectively determined as the better player, and not by the weight of the sets. Therefore, OSL is better than GSL for RO16 in terms of objectively determining the better players.

By having a round robin, the number of games played will increase and it is an additional burden in production. If we want to determine the winner as objectively as possible, which supposedly is the ideal way, then the format should be round robin for all 32 players. It becomes a league format.

However, the number of games played will be insane. And the amount of time required will not be feasible. Furthermore, there will be many “unnecessary” games which have nothing at stake and seem boring. Do you think people will care when the ranked 25 and ranked 26 players playing against each for the ranking of 25? This is not entertaining at all. This leads to the last factor.

Objectively determining the best player is not the most important consideration for fans, albeit it is still very important. After all, this is an entertainment industry, and the fans need to be entertained. This is what make RO16 group selection so interesting. It creates drama and story to the competition. 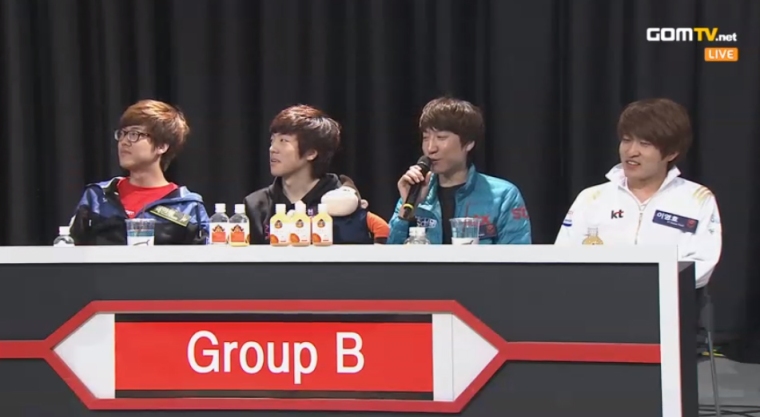 I suppose the other two regions will stick to their season 1 format.

Personally, I am no fan of BO1.