The opinion on Widow Mine so far has been divided. On one camp, it’s too overpowered. Conversely, it’s just right.

This post is about how I feel toward Widow Mine after I have played approximately 20 to 30 1v1 games on Heart of the Swarm till this point. Additionally, it’s also based on the games played in IEM – World Championship.

My stand is that Widow Mine is not too overpowered, but it’s nerfable.

Based on the games I watched and played, Widow Mine features mostly in early game. As the game goes by, the number of Widow Mines produced decreases. Often, no one produces more Widow Mines than the few in the early-mid game. There are a few reasons for this. First, Widow Mine’s attack is spell damage and is not scaled with vehicle weapons upgrade. Another word, as the games gets longer, other units are more worthy to get than Widow Mine as they get buff from the investment spent on upgrades. However, it’s important to note that being a spell damage, it also ignores opponent’s armor upgrade. Thus, the second reason, which is linked with the first, is that making an Observer, Overseer or Scan is much easier when it enters into a macro game with multiple bases for both sides. Although the Widow Mine technically does the same damage as the game goes by, it’s easier to deal with them. For example, Protoss, with multiple Observers,can use Stalker and Colossus to clear the Widow Mines since they out-range it. The third reason is unit composition for Terran. Widow Mine is more viable for mech players as there are multiple factories and there is always at least one factory with reactor at all times. Thus, it is relatively easy to just stop producing hellion/Hellbat and make Widow Mines. In contrast, a bio/mech player needs to increase the tank counts for marine tank composition. The factory is always on tech lab, which makes Widow Mine production less efficient. Even when one has three bases, usually there are only two factories with tech lab for Tanks, and the rest of the resources are spent on Marine and Medivac. Perhaps, Widow Mine is more viable when the game gets beyond that and having a third or fourth factory with reactor becomes more affordable. 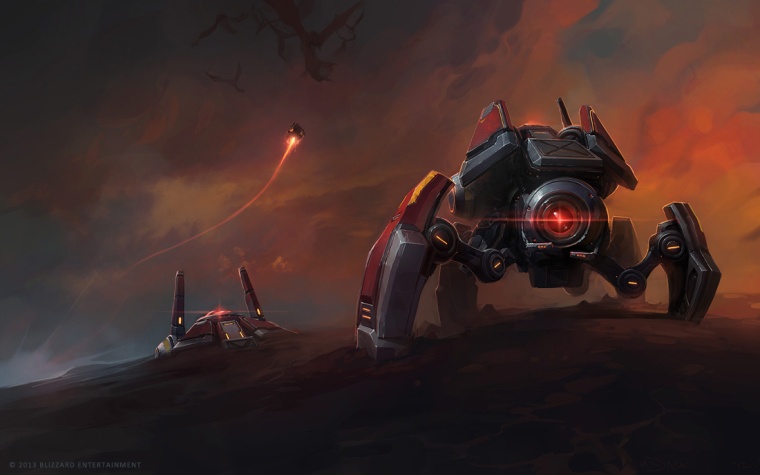 Going back to the point that Widow Mine has been used extensively in the early game. In IEM, the LG-IM Terrans generally prefer builds which allow them to do pressure with Widow Mines into expansion. In early game, players do not have enough detection resources to deal with Widow Mines generally. Moreover, players have not figured out an effective way to deal with it. Personally, I have walked my Marines into Widow Mines in mid-late game many times. Clearly, it hurts, but it’s much less devastating than Tanks. Consistent with my early argument, I won every TvT whereby it’s Marine Tank mirror and opponent keeps producing Widow Mine. That is because I have a superior Tank count. Tanks are still better in positioning play and space control than Widow Mines. However, walking into Widow Mines of a mech composition may just shock you and it also gives away your positioning to the mech player. S/he can then re-position his mech units according.

As for why I think it’s nerfable, it is down to my confidence in Blizzard’s Balancing team. I really appreciate their stands on balancing issues whereby they do not jump to action right away. They will observe for a longer period of time to allow the players to evolve and adapt to solve the problems themselves. So far, I have seen some innovative ways to counter Widow Mines in early game, for example, using hallucination to bait Widow Mine. Furthermore, they do not kill units. Simply nerfing units can kill them. They did a good job for Reaper in Heart of the Swarm. They encourage Reaper opening by reducing its cost, but ensure it does not deal huge damage like it did in Wings of Liberty. Widow Mine has come a long way to what it is since its first introduction. Blizzard never fail to remind everyone upon every tiny change done to it that, they do not want to nerf it too much that no one uses it. It’s easy for people who play into Widow Mine to  just keep calling it op or “winnermine” . It is the same as labeling Tanks are op when you just run units into a group of Tanks which are sieged. If the Tanks do not crush the opposition more cost effectively in such situation, then no one will get Tanks.

“How to nerf it?” is a difficult question to answer. Apparently, Blizzard is heading toward the direction of nerfing its splash damage. The current splash damage is just enough to kill workers (except SCVs), and hence, it is not wise to nerf the splash damage itself. However, the radius of  splash could potentially be nerfed.

5 thoughts on “Reviewing Widow Mine”