There are some interesting stats shown on the opening day of Season 2 WCS Korea. Korean Journalists rated the players based on the following:

In the round of 16, the players are rated again by the Korea Journalists.

In the round of 8, the stats difference is compared between Ro32 and Ro8. The one that I compare is between Ro16 and Ro8, as it can better capture the difference of each round.

As a social science student, I’m quite sensitive to rating scales in terms of their validity and reliability. I wonder what does “cheese” rating stand for. Is it the player’s likelihood to cheese or is it the success of it? Anyway, just take these stats with a pinch of salt.

I cannot find any site that has the full breakdown of the stats, and hence, I will do it myself.

I added another average score without including cheese and popularity. Popularity is excluded because it does not have direct implication to a player’s skill. Cheese is vague as I have mentioned earlier. Moreover, it affects the measurement scale since a higher rating for cheese does not indicate that player is more skillful. It is just a play style in general.

This post will be updated when new player stats become available. 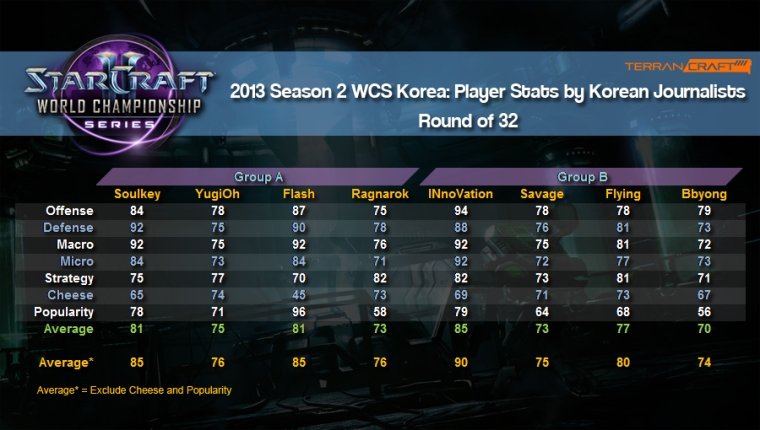 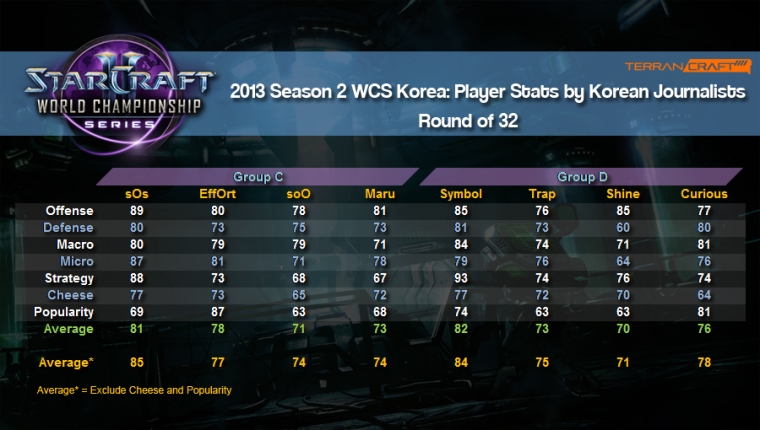 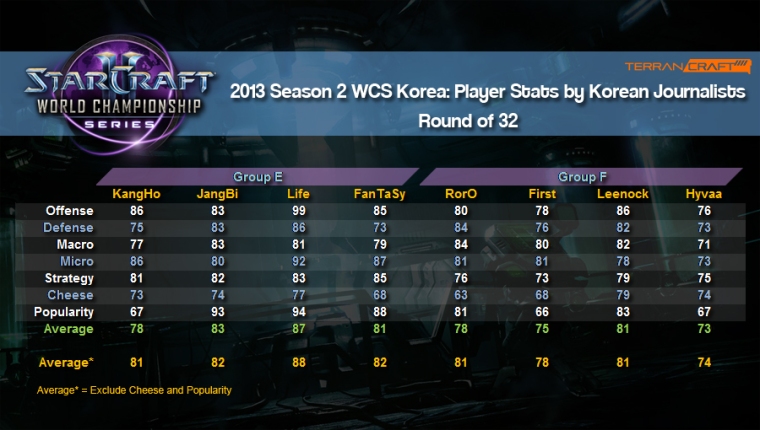 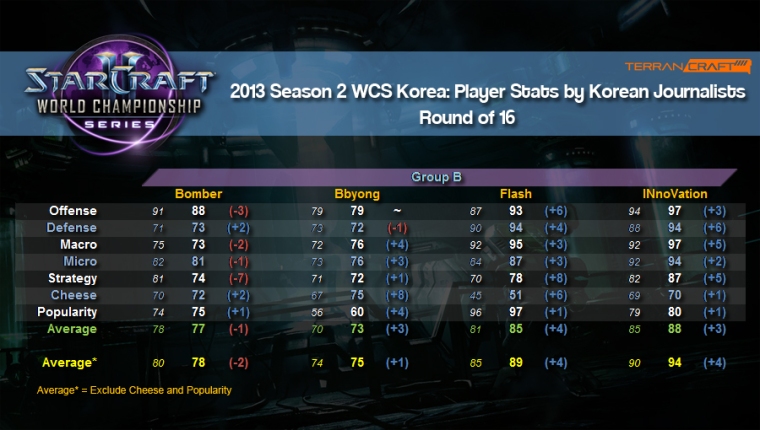 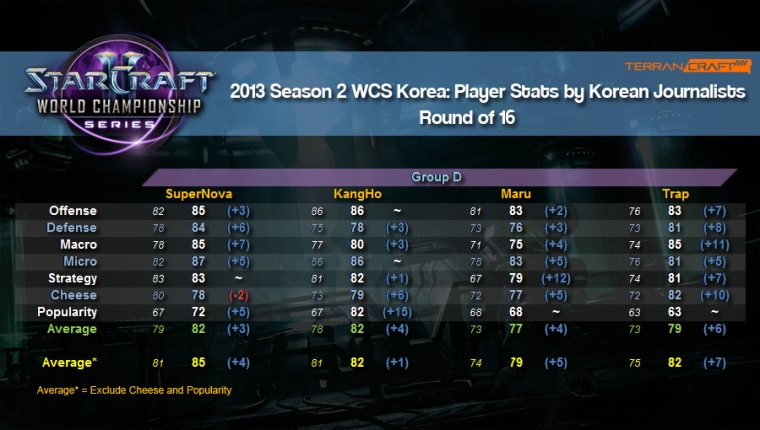 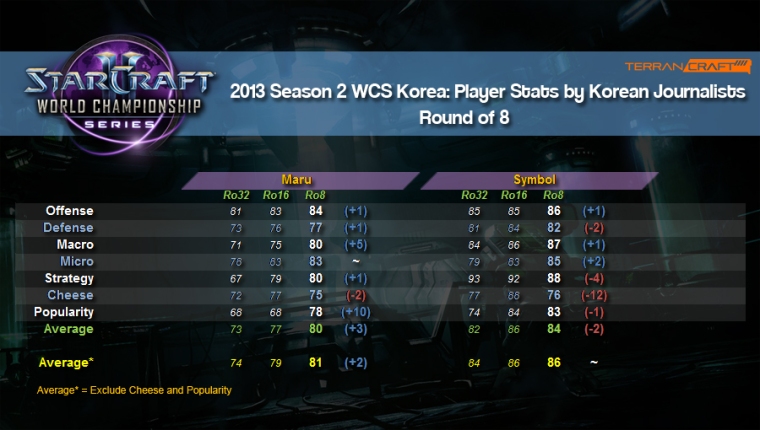 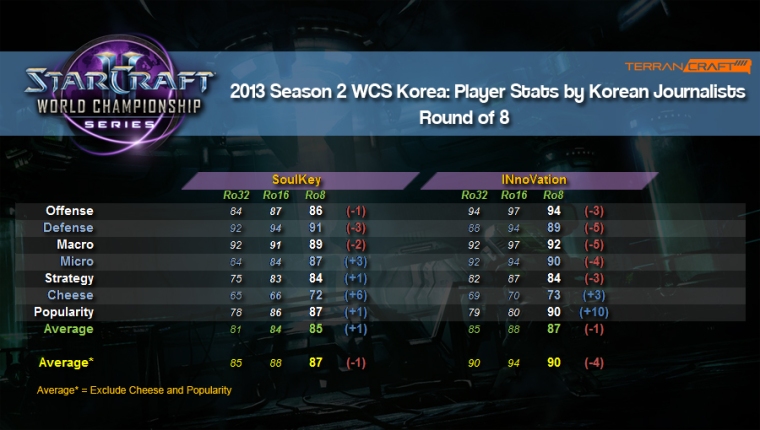